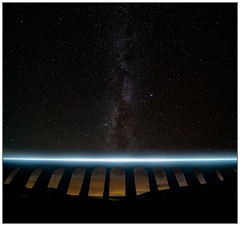 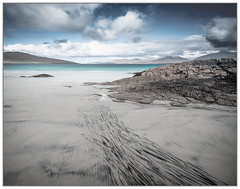 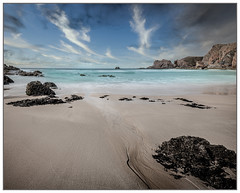 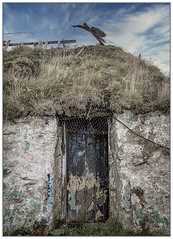 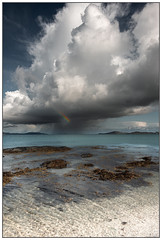 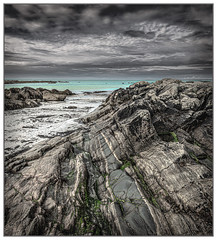 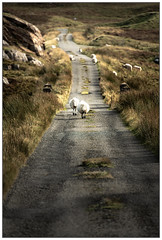 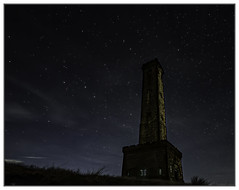 Hello readers! This is the first post for quite a while; well to be accurate since the end of Feb when we did a walk around Waddington in Lancashire. Both myself and Mrs MuddyBoots had got a bit fed up of the extremely soggy ground underfoot and the associated quagmires we ended up walking through and getting covered in, and so we thought we would wait until the weather and ground underfoot improved a bit before setting off out again. Here we are, now in May, and having got the boots back on I decided to do the electronic equivalent of putting pen to paper and update ‘the blog’.

This walk was done with t’lads instead of Mrs Muddy Boots and took place on a Thursday, a workday, which made a nice change to the week. We decided, well, I decided.. It’s not a democracy here, that we would go up to Swaledale to enjoy the delight of the meadows in their spring bloom. One of the lads, let’s call him P, is a semi-pro photographer and he wanted to catch the early light so it was a 6:30am meet up and Al took on the driving duties and I was a back seat passenger for a change… which was nice!

We departed from Bolton, and drove up the M6 to Kirkby Stephen with the idea of taking the B6270 road past Nine Standards and dropping down into Keld. We made good progress and arrived in Kirkby Stephen at 8:30am, and as we drove along the main street reminiscences of the Coast to Coast walk we undertook in 2006 came to mind and were discussed. The weather had not changed and the rain was now bouncing off the roads and pavement with no indication of it easing off or stopping. We decided to pause in Kirkby Stephen to find a cafe and have a cup of tea. There was very little open at this time, but we fortunately came across a cafe on the corner of Silver Street and North Road that was open. We parked up, crossed the mini-roundabout and entered the cafe. All ordered tea and a ‘full monty’ breakfast each. This gave us time to work out what we were going to do. By the time the breakfasts arrived the rain had not eased at all, and the thought of walking all day in waterproofs just did not hold much appeal. P was quite pessimistic about the whole day and was for abandoning our plans at this point, however both Al and myself said we should get to Keld and take a view when we got there.

We finished the comestibles, paid the bill and went back to the car. We set off, out of Kirkby Stephen and headed along the road to Nateby. At Nateby, we turned left and took the road towards Swaledale. After driving along for 10 minutes, we came across a “Road Closed” sign and a large number of orange cones blocking our way. Why could they not place this sign in Nateby 4 miles back down the road?? Some of the cones had been moved so we just drove on, in the hope we would get through in Al’s 4 wheel drive. It turned out the road had collapsed and there was just no chance of getting through at all. We turned around and looked to see if there was an alternative route to take. We decided to head back to Kirkby Stephen and take the main road north and pick up some very minor roads that would take us past the Tan Hill Inn and drop us back down to the road above Keld. A 30 minute detour.


The weather had not eased and the mist scudded across the moor tops around the pub – Ted Moult just wasn’t to be seen anywhere. It was more like a winters’ evening than a late spring morning. We continued along the road to Keld and went down the steep hill as we approached the junction with the ‘closed’ road. As we got to the junction we noted a number of yurts in the field adjacent to the road which took us by surprise. We followed the road down to Keld and parked opposite Keld Lodge.

P was still mumbling about the rain and how it would affect his camera, whereas Al and myself said it was easing off and let’s get walking. We had come here to walk, so we had better get on. We took the opportunity of putting on the waterproofs in the porch of Keld Lodge, one of the staff came to see what we were doing and informed us that “it’s in for the day y’know” as he peered gloomily through the open door to the incessant rain outside. Suitably attired, we set off down the road leading to Keld centre, and passed by the Keld Countryside and Heritage Centre. The centre was open and it gave us the opportunity to look at the history of the village and some of the flora and fauna of Keld.

After a quick mooch, and a read of the information boards we were back out into the rain and continuing down the road to the middle of the village. At this point we left the macadam road and took the bridle path that leads to the Pennine Way. We followed the Pennine Way over the bridge across the River Swale and got to the point above a waterfall where the Pennine Way meets the Coast to Coast.
We left the Pennine Way at this point and took the route that Alfred Wainwright had plotted and headed uphill towards Crackpot Hall. The uphill stretch caused a bit of breathlessness but the view that was appearing was sufficient recompense for the effort. We were shortly at the remains of Crackpot Hall, and it looks to be less substantial than it was the last time I was there – or maybe my memory is playing tricks with me.
I must admit that I find ruined buildings fascinating, and their history also interesting too. I couldn’t imagine a fine old house like this being left to fall down in this day and age. This building would have probably had a listing slapped on it had it survived to be embraced by modern planning bureaucracy; but conversely, had the modern planning system been in existence when the thought occurred to build there it would never have been allowed to have been built, and to expand on that thought further, the lead mines in the surrounding hills would never have been allowed either so the landscape would be completely different – and had the modern planning system existed at the start of the industrial revolution, the industrial revolution would not have happened either. Both Al and myself work in construction and we started talking about the financial costs of building some of the dilapidated barns that dotted the hillsides. The roofing materials alone would costs several thousands of pounds.
The view down Swaledale from here is really fabulous, and to paraphrase an old farmer I got talking to once when admiring the view from his farmhouse “Aye, t’views grand, but not very sustainin’….“
We made our way down to Swinner Gill and crossed the gill by the wooden bridge adjacent to some ruined stone buildings and took the easy path to walk next to the river. The last time I walked along here was back in 2006 whilst doing the Coast to Coast, and the weather then was superb and the company and banter was just as amusing and sharp as today.
Whilst I do like Swaledale, and it is probably one of my most favourite of places, I do feel this  particular bit very closed in. Obviously not the big skies and openness of the fell tops, but there is a feeling of encroaching hillsides and the fells towering above you.
We made rapid progress to Ramps Holme Bridge and crossed into the meadows on the outskirts of Muker. The buttercups and clover were now coming through, although not as advanced as I would have liked, and to my surprise P wasn’t that interested at all. Don’t get me wrong, he has a good appreciation (and a good eye) for a view, but it turned out that landscape photography was not his thing really – each to his own.

We got to Muker at around 1 o’clock and with the anticipation of having a midday pint in The Farmers Arms occupying my mind. We ambled through the village, taking in the feeling of seeing a timeless Dales hamlet. I would have put Muker down as an artists playground as the old buildings and stonework, and overall random looking nature of the village is a delight to the eye. We walked past the church down to the road, and approached The Farmers Arms. We studied the lunch menu fastened to the side jamb of the entrance door and decided to go in. I had a pint of Black Sheep, which was excellent and very well kept, and Al and P both had Coke! It was like being out with the Temperance League. Whilst we were sat in the pub, Al and myself ordered a hot beef baguette served with chips and a jug of gravy. I can tell you that it didn’t stay long on the plate! P didn’t eat as he was all animated about a ‘character’ in the pub; his camera came out and he was lost in his own world!