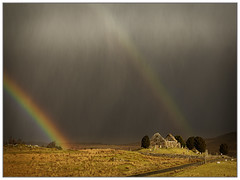 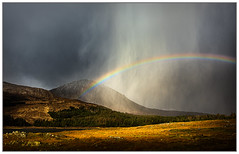 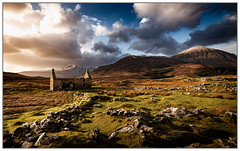 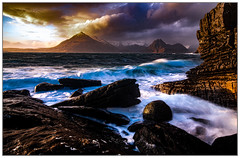 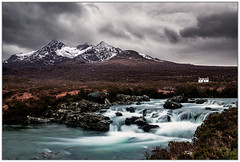 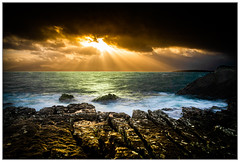 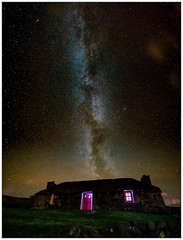 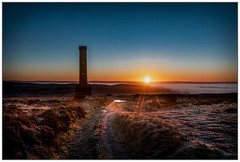 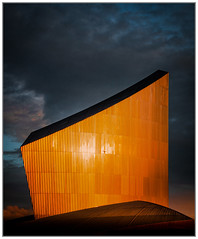 This blog post is a departure from the normal type of blog in which I write about the walks I have been on and describe the route taken etc, and to further differentiate it from the ‘usual’ stuff it has the added benefit of video – did I hear someone at the back say Betamax?… or if getting down with the kids, it has a “vlog” (video blog) embedded in it. Progress eh?

As some of my readers will know I send out the occasional Tweet now and again to fill in the time between going out for walks and taking photos, and the other week I was quite surprised to be contacted on Twitter by @Grisport_UK, a manufacturer of walking boots. GriSport made the kind request of asking me to undertake a boot review for this very blog, to which I agreed. So, those kind folk up at GriSport sent me a pair of leather “Peaklander” walking boots which I then proceeded to try out. Now, this review is my own opinion of the boots, and everybody and his dog has an opinion, so should you feel inclined to disagree with what I’ve written then by all means do so, however, do note that I have tried to be objective and reasoned and to give a fair account of what I thought about them.

GriSport are an Italian footwear manufacturer who is based in the foot hills of the Dolomite Mountains – walking territory indeed! They were established in 1977 and have extensive research and development facilities, and through this have become a major supplier of footwear in Europe with a growing reputation for good quality, technical footwear and they have a very large range of walking boots available too. Their mission is “to provide the most comfortable footwear available”. I had heard of GriSport, and seen their boots in the shops, but I had never really paid much attention to them when I had been browsing the footwear sections of my local outdoors shop. Still, when a manufacturer contacts you and offers to send you a pair for review, you do tend to sit up and pay attention.
After a brief discussion with GriSport, the boots I received were the “Peaklander” which is an ‘oiled’ leather (according to page 3 of the brochure), 3 season walking boot in my size of 45 (UK size 11). The boots are available in either brown or black and I received the brown ones. “Oiled” (possibly a mis-translation of waxed?) leather was not something I had really come across or considered before, but there was, or is, a slight oily feel to the surface, not that anything comes off on your hands or anything, so don’t hold that against them and after use it soon vanishes. The boots felt quite light, and I was surprised at this lack of weight when I took them out of the box. I got the scales out and they weighed in at 710g (1lb 9oz) each, which is less than my regular Berghaus Explorer Trek GTX’s which are 745g (1lb 10oz) each, and substantially less than my winter boots, the original Scarpa Manta M4’s at 1010g (2lb 3oz). The brochure gives a weight of 1120g, which I presume is for a pair, and even when halved to 560g for each boot is still way out from what my digital scales say. Perhaps the gravity is less in Northern Italy than it is in North West England, which would account for this discrepancy.
The boots look very attractive indeed (what did you expect? They’re Italian!), and are made from one piece leather. There is a line of triple stitching above the instep to join the uppers together. They are lined with a Spo-Tex waterproof and breathable liner, which I guess is GriSport’sversion of GoreTex™ and works just as it should. The sole is a “Track On” sole, which again is GriSport’s own make, and is virtually the same in texture and hardness as the market leading Vibram sole. Grisport do use Vibram on some of their other boots, but not on this model. The sole has deep cleats and a varied tread pattern which should offer grip in all directions and the deep cleats are shaped so they don’t hold mud.
Get the “Peaklander” on your feet and they are very comfortable indeed. I strapped them on and then went up Pen Y Ghent. They were comfortable from the off. No breaking in needed at all and no hotspots either on my feet. The boot is snug, but not too tight, which should give good dexterity and stability when hopping from rock to grass across boggy moorland as your feet feel more in touch with what is happening around them. The footbed seems quite wide too, which suits me fine, but I will have to put a few more miles in to see how the boot handles longer distances. The heel and sole curve has a nice smooth rolling action, and the well-padded ankle cuff provides some stiffness, but allows some flexibility. The is quite stiff which will give good support on uphill stretches, and the torsional stiffness along the boot is really good. This should help prevent your ankle tiring when walking across an uphill slope. The boots have seven bronzed steel eyelets fixed to each side of the bellows tongue, and these have plenty of room in them for the lace to easily pass through, (unlike some recent approach type shoes I bought last year, no names disclosed but a well known manufacturer). The seven lace fixings comprise of four closed eyelets to each side, and three hooked ones, the first of the hooked eyelets has a self tensioning profile to it, to prevent to lace becoming loose when in use.

The boots were used on various types of terrain; grass, limestone, up and down stiles, along tarmac and through a stream too – they performed very, very well, and were comfortable throughout. I have perhaps done about 6 miles in them so far and not a pinch or grumble from the ‘plates of meat’. I must admit to really liking these; however I will be doing quite a few more miles in them and posting up my findings in a month and in six months in order to give a more objective review over a great time scale.

The route taken up Pen Y Ghent was from Horton in Ribblesdale, and up the lane leading to Brackenbottom. This then took the main 3 Peaks Challenge route up the prow of Pen Y Ghent, following the Pennine Way. We camped over as we arrived on Saturday evening, and had chosen the same weekend as The Royal Signals has chosen for their Lanyard Trophy which took place on the Saturday. The campsite, which in my experience is usually sparsely populated had transformed into a military camp – however, they were very accommodating and managed to squeeze us into a corner with a few other civi’s. The Lanyard Trophy is an inter-regimental challenge of differing regimental teams having to complete a 40 mile hike all with 40lb packs on their backs. Just thinking of this tires me out, but it would have been a good test of the GriSport boots. After chatting to one of the participants, he told us the winning team this year did it in just over 10 hours, and included the Three Peaks in it. The slowest team completed in just over 18 hours.

We set out on Sunday morning, passed through Brackenbottom and started climbing the path to Pen Y Ghent, where we met with a constant stream of people coming in the opposite direction who were doing the 3 Peaks for a heart charity. I must admit to being taken aback by the number of people passing us. I have done the 3 Peaks about 6 times previously and the last time would have been in the mid 1990’s (my personal best is just over 6 1/2 hours) but I don’t remember it being like this – I’ve seen less people in Manchester city centre! We got to the Pennine Way and decided to turn around due to the numbers of people streaming off the summit – it would have been a battle just climbing up there against these numbers and a large number were carrying blow-up dolls; it seemed more of a stag party than a charity walk.

I’m all for raising money for charitable causes; I’m a trustee of a charity myself, but I must say that the numbers of people I experienced on this short stroll have really put me off going to any of the Yorkshire three peaks at any other time than Winter. Call me a whinger, but the numbers do seem to be out of control.

Anyway, we got back to Horton in Ribblesdale and then went to The Crown Hotel for some lunch, only to find that they had stopped serving food; however, to their credit, they did knock up several bowls of chips and some bread and butter – so it was chip butties all round! This surprised us because we have never been to a pub with so many notices pinned up telling us what not to do – you know the type “Don’t do this, Don’t do that, Don’t do the other, No this, No that, No the other….” All on A4 paper and laminated too!

So far, so good then? What’s the downside? Well, erm, ummm, I can’t really think of one. The only thing that does spring to mind is that they look like they have seen more action than they actually have had. I think it is down to the oiled (waxed??) finish on the leather – any scuffs from climbing over walls and stiles etc show up a light brown scratches, and areas of greater wear and friction have become slightly lighter in colour too. I don’t doubt that this will disappear with a bit of boot care or surface treatment, and it doesn’t affect the performance of the boot in any way; it is just cosmetic, however it did surprise me when I took them off. I will report back on this in a few weeks, but my overall impression was one of a very well made, very comfortable walking boot, and one to look out for in the future.

Watch this space, as I’ll update the blog in the coming months as I get more used to the boots.